Build Back Better - 3. Economics and Industry

Apologies but I have skipped the second post (I am half way through making the notes and have left them at home – I’ve stolen 10 minutes away from the family while on holiday to continue reading the pamphlet, so I’ll skip to part 3)

This section is written by 9 different authors, most notable of which is Sir Vince Cable.

Where I deviate too far from summarising and instead go off on a tangent with my own thoughts - I have put those bits in italics.

Duncan Brack takes the first chapter to set the scene for higher spending in the future: It begins with noting the dire financial situation Britain finds itself in post-Covid and notes that a return to austerity would kill off any recovery – it neatly comments on how the Coalition austerity most likely did the same thing post-credit crunch. A sign of a mature Party, able to criticise its own actions.

It notes that at just under 100 percent the debt to GDP ratio is historically quite good when compared to other emergencies (all of them wars). It makes the argument this is essentially the same emergency as a World War and therefore we can afford to hit similar levels of debt v GDP (240% at the end of WW2, for example). Smartly it notes that debt servicing on UK government bonds is at near zero – so an ideal time to hit the spending button (although, a word of caution – Britain’s debt servicing levels may well take a hit during a no deal Brexit (or any Brexit)).

It notes the need to be honest with the electorate over how this will be paid back – “Scandinavian-style levels of public services can be paid for with US-style levels of taxation. This myth, pedalled by politicians from all parties, has contributed to the appalling impact of coronavirus on the UK”.

Vince steps up for the next section on Industrial Strategy and Liberalism. He begins with a discussion of Alexander Hamilton. (I enjoy the reference and have also been swept up in the genius that is the stage show by Lin-Manuel Miranda and have read Hamilton’s biography off the back of it – but I do wonder if it hadn’t have been for the musical, would anyone really be mentioning him? – he has been referenced a lot in the recent EU mutual debt obligation v loan debate too). Hamilton was a fan of industrial policy – choosing winners by backing certain companies and industries. The more liberal doctrines in Britain have historically shied away from this approach, preferring to trust the markets and only intervene using state muscle in clear cases where the market is failing (like investing in long term projects like nuclear power – or building aircraft carriers).

Vince talks of his own initiatives along the industrial policy route – creating groups of stakeholders in each industry and letting them agree to a plan of government backed action. This was combined with smaller initiatives like ‘Catapult’ centres to bring together and drive forward certain sectors and better designed apprenticeship schemes.

Vince proposes bringing back the Green Investment Bank (the Tories sold off the original…). This bank, and the still existing British Business Bank will need to be allowed to lend a lot more than the very modest original GIB – partly because of the crisis and partly because we are losing access to the European Investment Bank and need to replace it! (presumably from the ‘£350m a week’ we will be getting… although I thought that was exclusively for the NHS…).

He p that industrial strategy could be used to locate new industries in areas that need them, he is especially proud of the wind turbine plant in Hull, for example. While he doesn’t say it, he is talking of ‘levelling up’ (to borrow yet another phrase that will Boris will hopelessly fail to deliver) but refreshingly he acknowledges that this too comes at a price – skilled workers and infrastructure work when best with they are centralised – not scattered across the country – network effects may be lost and duplication may occur if this was the case. A ‘balance’ must be struck.

Josh Babarinde chimes in with a piece entitled ‘Recovery Rewards’. An idea I have always thought sounded great as it harnessed the power of competition. Based on the X-Prize (initially for low earth orbit travel, but since expanded to other things) it would create cash prizes for individuals or companies that create solutions to a given problem. Post Covid (and EU!) Britain is going to be full of problems that need solving. Seems like a smart move to introduce this style of policy setting in earnest. It is a huge multiplier effect - $100m spent on space technologies by the competitors aiming for the $10m prize in the case of the X-Prize.

All seems pretty sensible stuff. I think post-BLM the requirement for local councils to consider BAME issues is of course vital – but feels a little ‘tagged on’ and requires substantial thinking in its own right in order to win the battle for hearts and minds over this issues – Liberals must find a way to conclusively and swiftly defeat the surface level logic of the ‘All Lives Matter’ brigade in order to win consensus for local councils to make such moves.

I am far from an expert, as will become clear from my comments. Patchay proposes:

Essentially that the UK should introduce a a central bank digital currency. A sort of official bitcoin? I’d want to know if this would involve data mining and the damaging environmental consequences that can have – how will they be addressed? I think it sounds like a good idea though, I teach blockchains in my classes and they obviously have a lot of security and efficiency benefits. I do not know enough to comment on how these could speed up central bank response during a crisis – but I’ll take Patchay’s word on it that it would.

Patchay also proposes some other uses of blockchain into other areas of financing. Again, sounds smart from a security and efficiency standpoint – however if all it does is allow FinTech firms to accumulate greater profits then we need to be careful, if not, then we need educating as to how this is not the case. I feel there are probably huge benefits in areas like property rights and contracts which would drive down costs across the board, but I need someone smarter than me to sit me down and talk me through them. I am a huge proponent of Blockchain and feel everything from immigration records (no Windrush scandal, for a start), to the NHS to borrowing a library book (digitally, of course) should be based upon them and that a multibillion pound project to kick UK gov in that direction is needed. I also feel the first government to do so would reap huge gains in efficiency and public trust that would put it decades ahead of any competitor. However, I have never really studied it from a financial markets point of view.

It starts with a quote from a Guardian article written by past and present governors of the Bank of England, and it is a good one: “‘This crisis offers us a once-in-a-lifetime opportunity to rebuild our economy in order to withstand the next shock coming our way: climate breakdown. Unless we act now, the climate crisis will be tomorrow’s central scenario and, unlike Covid-19, no one will be able to self-isolate from it”.

The beginning of the article reads like a wholesome shopping list of green policies that should be pursued. Highlights are I believe, that all new housing should be zero-carbon with immediate effect and almost every lever available should be pulled to encourage electric car take up. Any help given to recover from Covid should be linked to taking action on climate change and France is rightly used as a good example – Air France got its bailout but on the condition that they reduce domestic routes where cleaner alternatives exist. This is a no brainer, surely – any and all companies receiving aid should be legally obliged to prove they have made reductions in CO2 – how they do that could be up to them (this would certainly be an easier solution that government wading in and pretending to know how best to make efficiencies in every industry going – although it could too result in some disappointments and attempts to dodge the bullet, so an enforce with some teeth and skill would be needed to police it).

The authors draw our attention to something called UK Export Finance that seems to provide hundreds of millions of pounds each year supporting UK businesses in exporting oil and gas technologies to lower income countries… This certainly seems outrageous and should be stopped immediately. Although… as stomach churning as this sounds… is the oil and gas tech we are exporting ‘cleaner’ than the alternatives? I don’t know enough about this, but we should be careful that …Nigeria say, doesn’t stop importing UK made gas turbines because of this and instead buys dirtier US version. Just a thought.

I love the idea of a ‘Green Skills Wallet’ – a fund for those in the fossil fuel industry that lose their jobs to allow them to retrain in something greener. I believe Bill Clinton attempted something similar in the US for the losers of globalisation once they joined NAFTA – with mixed results I believe. This should be studied to avoid any obvious pitfalls in execution.

It notes, reassuringly, that ‘green jobs’, like retrofitting homes with better energy efficiency measures are labour intensive and hard to offshore – money spent on these projects will quickly filter into the pockets of the British people (sounds like a vote winner…).

It proposes a national Citizen’s Climate Assembly to bypass political problems that could hold up actions. I believe a similar scheme in France has allowed Macron and co to introduce a number of green policies with little or no opposition. We should follow suit. Even the most ardent Brexiters of this world usually lean in favour of green and ‘local’ policies, this is an audience the Lib Dems desperately need to win over and engage with.

. In my experience this could well be simply relabelled the ‘Aberdeen Problem’ – apologies to anyone involved in oil and gas that isn’t from there – but you get my drift. These workers should be supported into new areas like offshore renewables, carbon capture and a hydrogen economy. Sounds great!

“What it takes: Lessons in the Pursuit of Excellence” by Stephen Schwarzman.

Build Back Better - 3. Economics and Industry

Lenin on the Train 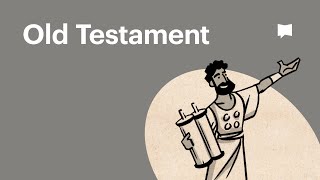 The Old Testament as History

The first rule of History Club...